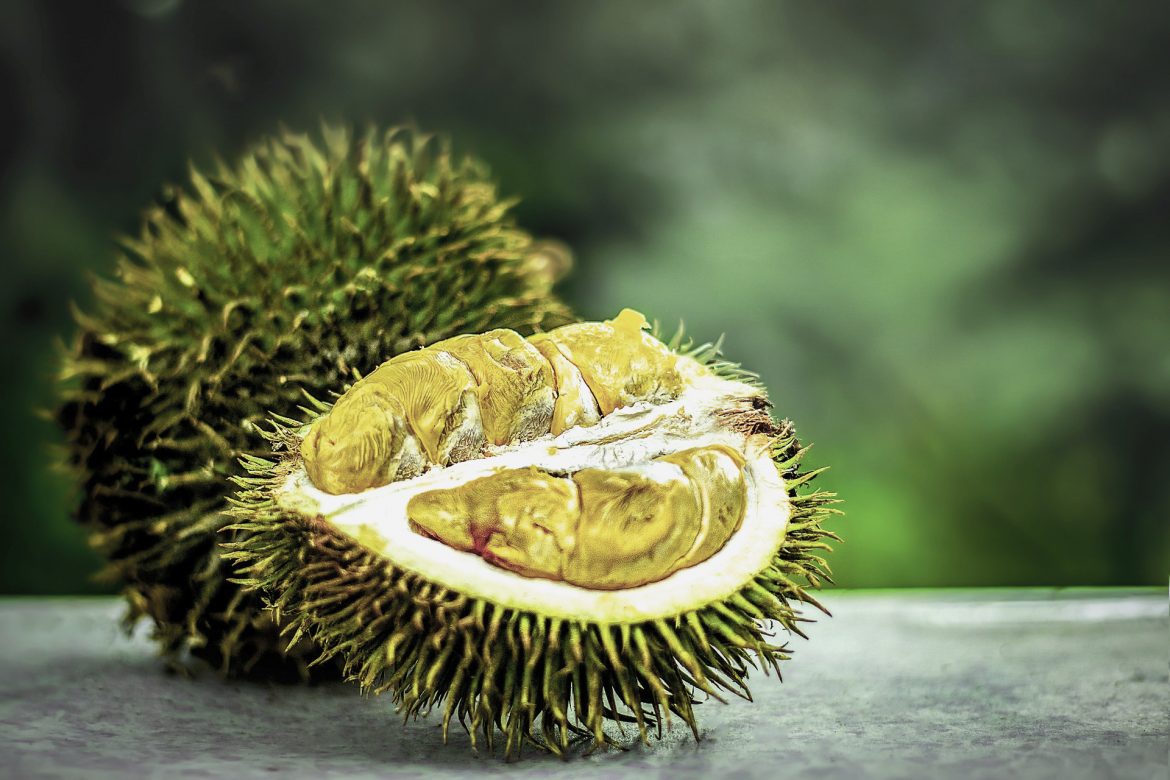 The D24, otherwise known as Sultan is one of the more well-known durian in addition to the Musang King.  It gained popularity since the mid 1990s and still have many followers up to date.  A good D24 will normally have less seeds and commonly weigh between 1.5-2kg and can sometimes go up to 3kg.  However, the lighter pick is the better options as the seeds will then tend to be evenly ripe.  The aroma is strong yet pleasant and taste creamy and bitter at the same time with the flesh usually very thick.

Unlike the Musang King, the color of D24 is typically a homogenous green.

As can be seen in the previous picture, the spikes of the D24 tend to cluster together.  In addition the seams tend to be hidden away unlike the Musang King.