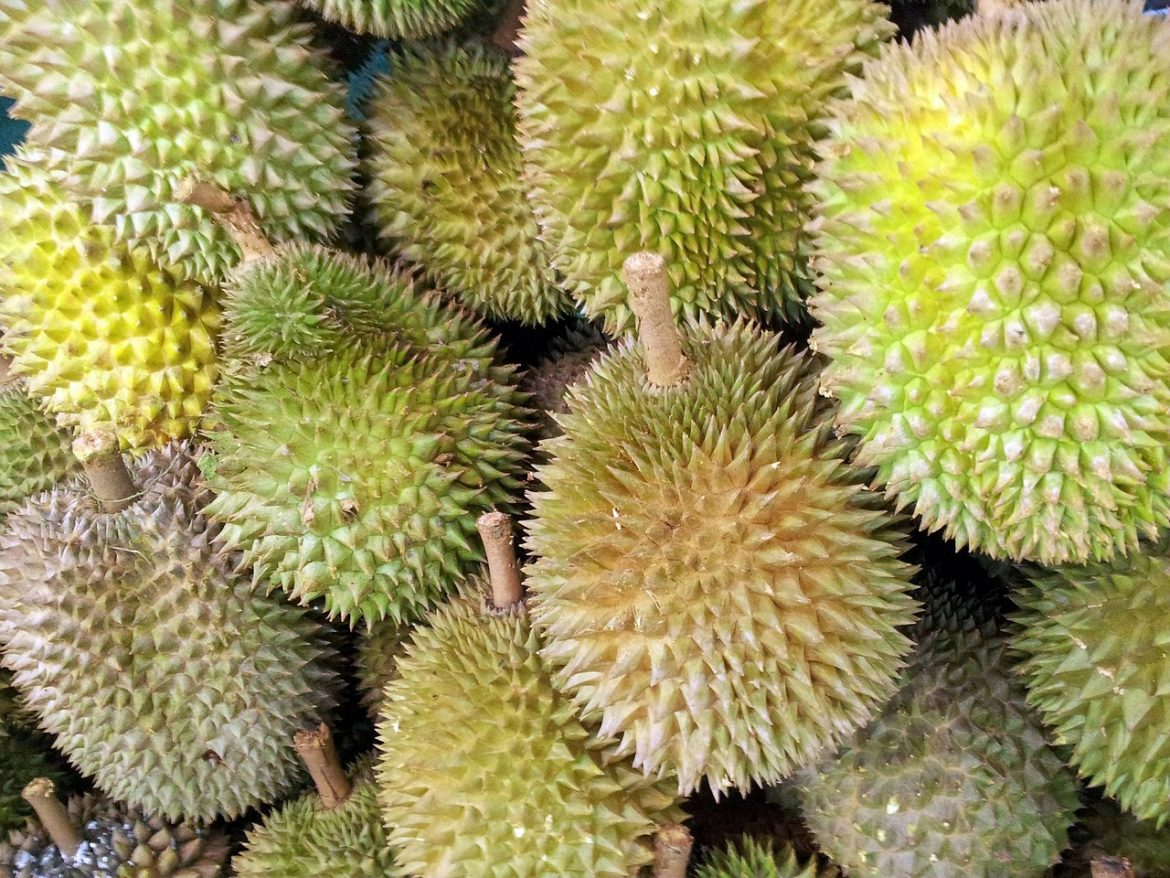 The name of this durian comes from its flesh which is orangy/yellowish reddish in color and is rather sticky with a little sweet after taste.  Although the original red prawn is from Penang, you will likely get the Pahang version nowadays.  Creamier and stickier than most durians, the taste of this durian depends largely on the age of the tree that it grew from.  The Red Prawn durian tend to have thicker durian shells due to the wider core of the durian reducing the number of seeds in the durian.

The color of the Red Prawn looks more towards a shade of brown as if it is covered with a layer of dusk probably more so that the Musang King. 2. The density and shape of the spikes

The spikes of the Red Prawn are wide apart and very small almost as if there are no spikes if seen from afar.  Even then, one has to be careful as the spikes are still sharp

3. Thickness of the shell

The Red Prawn is difficult to open due to the thickness of the shell as can be seen from the picture below.