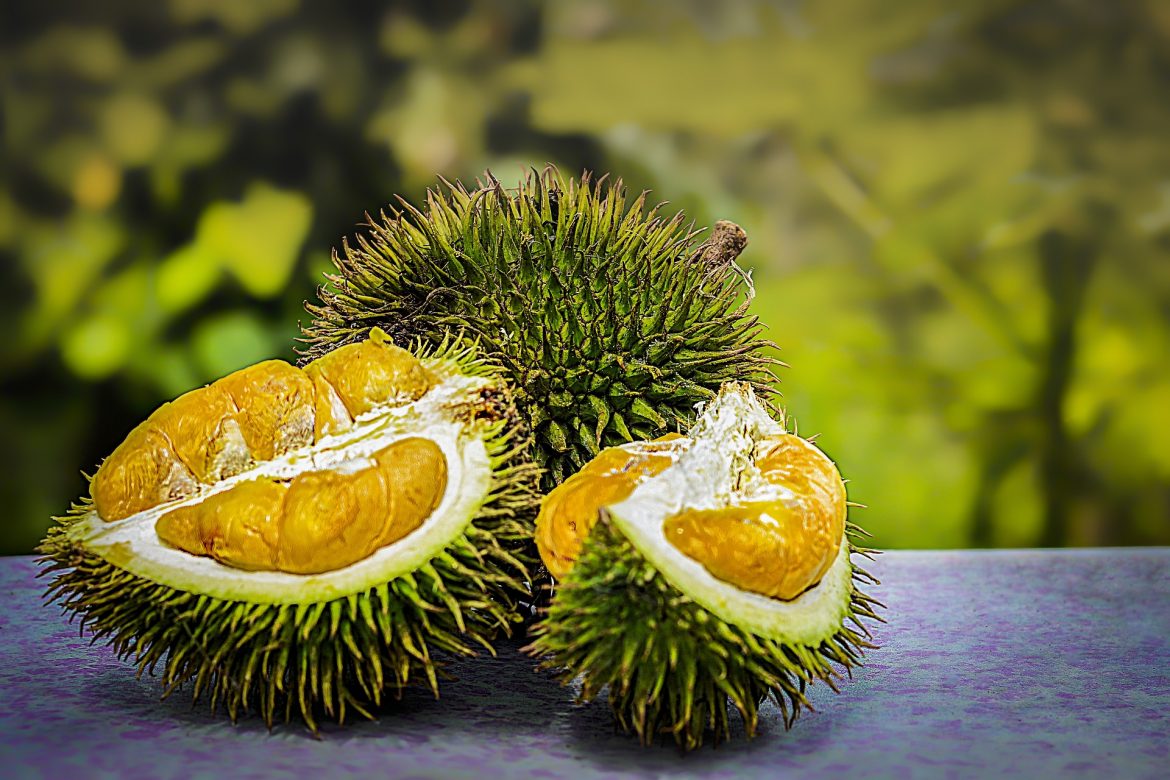 Musang King is considered the ‘best of the best’ durian available.  With its succulent and buttery thick flesh, it is a sought after fruit for many durian lovers all over Malaysia.  It is also commonly known by various names, namely mao shan wang or raja kunyit.

Despite costing at an average of RM 50-RM 70 per kilo depending on the seasons, durian aficionados have been known to pay up to RM 100 per kilo.  This affliction has sometime led unscrupulous durian sellers passing off a regular durian as a Musang King.   Some important sign on how to identify a Musang King are as follows:-

The color of the Musang King husk differs slightly from the other durians in that is it slightly dusty and greyish in color while some may be brownish-yellowish in color.  The thorns itself may also have different colors from the tip to the base. The shape of the Musang King looks like a bean or rather like a kidney which means to say it is not perfectly round.  A picture is worth a thousand words. Unlike other durians the spikes on a Musang King are far apart from each other and are rather blunt, instead of being clustered together.   I guess it makes it easier to hold. . Another particular characteristic of the Musang King is the seam which looks very much like a star fish and is brownish in color.  It is located at the bottom of the fruit. The favourite part of the fruit is of course its flesh which has a distinctive yellow, small seeds (unless you are rather unlucky) and thicker and creamier flesh.  It tastes sweet with a hint of bitterness.